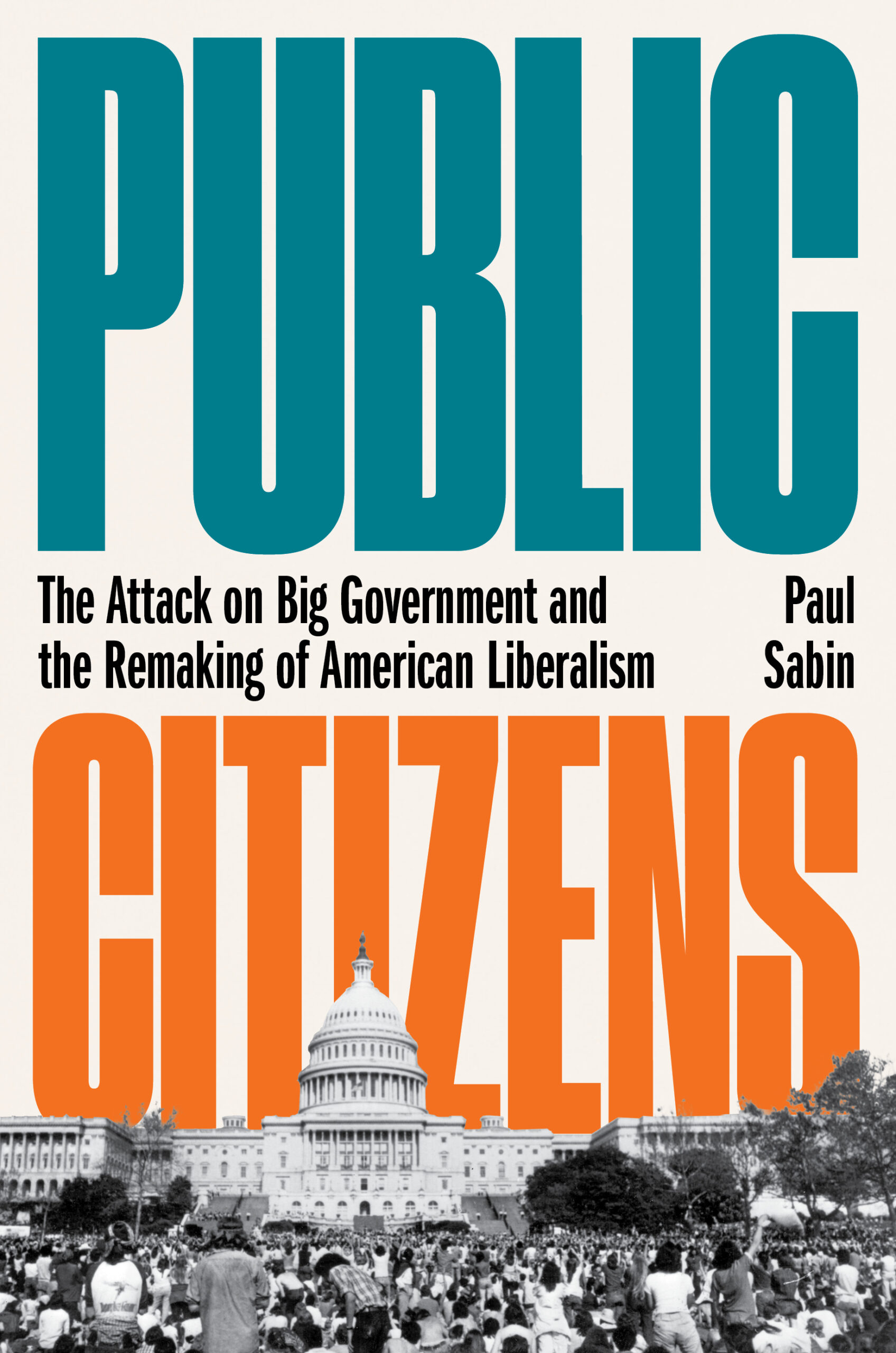 “Paul Sabin has written a fascinating account of the forgotten history of public interest liberalism. He offers a powerful reminder that the attack on big government didn’t just come from the right but the left as well. In demanding that the government be held accountable, this generation of reformers undermined the confidence of many Americans in what our government institutions were capable of doing.”

Julian Zelizer, author of Burning Down the House

“Paul Sabin’s history of America’s 1960s and 70s is directly relevant to the country’s civic, political, and ethical choices in the decades ahead. This is a surprising, insightful, and lastingly useful book.”

James Fallows, author of Our Towns

“This book could not be more timely. As progressives celebrate the return of confidence in ‘big government,’ expertise, regulation, and science, they must not forget the lessons of the 1960s and 1970s. Paul Sabin powerfully demonstrates that the liberal postwar order was not only undercut by the rise of the right, but also by an activist left that for good reason decried government’s deafness to citizens’ needs and participation. How best to serve the public interest is the greatest challenge of our time, and we could have no better guide through the historical thicket than Sabin.”

“Sabin crafts a coherent historical narrative out of the alphabet soup of government agencies and public interest groups, and sheds light on major developments in American politics. This deep dive delivers plenty of rewards.”

“[Sabin’s] cogent history is timely and likely to be enduring. An insightful and squirm-inducing account of how the good guys won and then lost.”

“Long before the ‘Reagan Revolution,’ an army of citizen activists launched a searing attack on liberalism, big government, and the administrative state—and helped pave the way for market-oriented conservatism. Paul Sabin’s timely, provocative, and deeply ironic account should be required reading for everyone interested in environmentalism, consumerism, political economy, and the 1970s.”

—
Laura Kalman, author of The Long Reach of the Sixties

“Astute and nuanced, Paul Sabin uses Ralph Nader and the public interest movement he helped spawn to tell a fascinating story of American governance and the limits of markets, regulation, and citizen action.”

Richard White, author of Railroaded: The Transcontinentals and the Making of Modern America

The Attack on Big Government and the Remaking of American Liberalism

In the 1960s and 1970s, an insurgent attack on traditional liberalism took shape in America. It was built on new ideals of citizen advocacy and the public interest. Environmentalists, social critics, and consumer advocates like Rachel Carson, Jane Jacobs, and Ralph Nader crusaded against what they saw as a misguided and often corrupt government. Drawing energy from civil rights protests and opposition to the Vietnam War, the new citizens’ movement drew legions of followers and scored major victories. Citizen advocates disrupted government plans for urban highways and new hydroelectric dams and got Congress to pass tough legislation to protect clean air and clean water. They helped lead a revolution in safety that forced companies and governments to better protect consumers and workers from dangerous products and hazardous work conditions.

And yet, in the process, citizen advocates also helped to undermine big government liberalism—the powerful alliance between government, business, and labor that dominated the U.S. politically in the decades following the New Deal and World War II. Public interest advocates exposed that alliance’s secret bargains and unintended consequences. They showed how government power often was used to advance private interests rather than restrain them. In the process of attacking government for its failings and its dangers, the public interest movement struggled to replace traditional liberalism with a new approach to governing. The citizen critique of government power instead helped clear the way for their antagonists: Reagan-era conservatives seeking to slash regulations and enrich corporations.

Public Citizens traces the history of the public interest movement and explores its tangled legacy, showing the ways in which American liberalism has been at war with itself. The book forces us to reckon with the challenges of regaining our faith in government’s ability to advance the common good.

More about the book